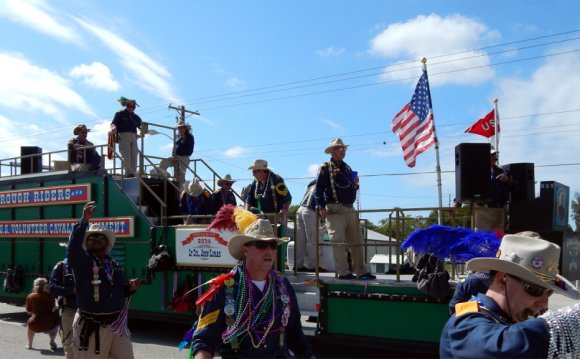 Our main goal is educating the public about this very important time period. Very little is seemingly known by students and parents today about how important this time was in the history of the country.

Living History exhibits include several tents, such as Mess Tent (with "mess, " or a meal, being prepared), and complete and functional 1898 Troop Field Hospital, a Headquarters Tent and Fly, a Commanding Officers Tent and Fly, A Frame Officers Tents, Dog Tents, and a Guard Post Tent.

Equipment used for displays are vintage or faithful reproductions.

Uniforms are the Rough Rider uniform. There are both Mounted and Dismounted Troops.

To visit the website bibliography, click here. To visit the website video bibliography, click here Support this Site by Visiting the Website Store! (help us defray costs!) We are providing the following service for our readers. If you are interested in books, videos, CD's etc. related to the Spanish American War, simply type in "Spanish American War" (or whatever you are interested in) as the keyword and click on "go" to get a list of titles available through Amazon.com.