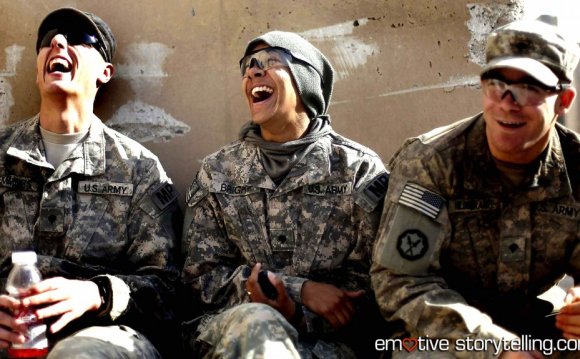 The 1st Cavalry Division, a major subordinate command of the US Third Mobile Armored Corps, is a 19, 000 soldier, heavy armored division stationed at Ft. Hood, TX. As one of the two "on-call" heavy contingency force divisions of the Army, the First Team has an on-order mission to deploy by sea, air or land to any part of the world on a short notice. The following narratives, divided in timeline eras of major operational missions, describes the threat environment, tactical conditions, evolution of equipment technology and the strategic methodology employed by one of its command units, the 3rd Brigade Combat Team and its Subordinate Units, to contribute to the successful missions enhancement of the warring organization of the 1st Cavalry Division and the honors they achieved are summarized in the chapters that follow.

On order, 3rd "Greywolf" Brigade deploys to a contingency area of operations, prepares for and on order executes full spectrum operations in order to achieve US national objectives. On order redeploys and prepares for future operation.

The 3rd Brigade, 1st Cavalry Division, was first constituted on 29 August 1917. It was organized in December 1917 as Headquarters, 3rd Cavalry Brigade, and an element of the 15th Cavalry division. The Brigade demobilized on 15 July 1919.

The Brigade was reconstituted on 10 august 1921, joining the newly constituted 1st Cavalry Division. On 15 July, 1942 the Brigade was converted and re-designated as Headquarters and Headquarters Company, 9th Armored Division Trains, and the unit deployed to the European theater where it received campaign participation credit for the operations in Rhineland, Ardennes Alsace, and Central Europe. The unit was awarded two Meritorious Unit Commendations with streamers embroidered Europe 1944 and Europe 1945.

Following World War II, the unit returned to the United States and was inactivated. It remained inactive until 15 July 1963, when it was relieved from assignment to the 9th Armored Division, converted, and re-designated as Headquarters and Headquarters Company, 3rd Brigade, 1st Cavalry Division.

The Brigade was activated on 01 September 1963, with the Division on station in Korea at the Demilitarized Zone. In July 1965, the Division moved to Ft. Benning, Georgia and underwent reorganization as an Airmobile Unit. The Brigade sailed from Charleston, South Carolina, to Quo Nhon, Republic of Vietnam, on 17 September 1965. The first major action undertaken by the Brigade began on 10 October 1965, and was followed by participation in the Ia Drang Valley operation known as the Pleiku Campaign. For its exceptional performance in the campaign, the Brigade shares with the Division a Presidential Unit Citation. In 1966 and 1967, the 3rd Brigade participated in a variety of operations, including clearing the An Lap Basin.

The 3rd Brigade was formed into a separate unit and assumed operational control of the old 1st Cavalry Division area of operations on 10 April 1971. Finally in 1972, the Brigade left Vietnam for Fort Hood, Texas, to rejoin the 1st Cavalry Division. When its colors arrived at Ft. Hood on 29 June 1972, the unit officially became the "GREYWOLF" Brigade. The Brigade underwent a change from an Airmobile configuration to an Infantry Heavy Brigade. The "GREYWOLF" Brigade remained with the Division until its inactivation in 1980. It remained on the inactive roles until 21 May 1991, when the 1st "Tiger" Brigade, 2nd Armored Division was re-designated as the 3rd "GREYWOLF" Brigade, 1st Cavalry Division. Since that time, the Brigade deployed Task Force sized elements to the Emirate of Kuwait, and in 1996, conducted the first Post-Desert Storm, no-notice, Brigade-sized deployment to Kuwait in support of Operation Desert Strike.

On 01 November, 2002 the 1st Cavalry Division unfurled the guidon of the unit that become the third element representing the beginning of the change over of the Division organization to the FORCE XXI configuration, "F" Troop, 9th Cavalry Regiment, 3rd "GreyWolf" Brigade.

In support of Operation Iraqi Freedom II, the Brigade returned to the Middle East in 2004 to the capital city of Baghdad with responsibility for the security of the "International Zone". The Brigade conducted combat operations in the violent Haifa Street neighborhood during the beginning of the insurgency in Iraq, setting the security conditions to conduct the first free national Iraqi elections within that critical area.

The "GREYWOLF" Brigade deployed again to Iraq in 2006 in support of Operation Iraqi Freedom 06-08. The Brigade was responsible for the Diyala Province and the capital city of Baqubah and conducted operations in the Salah ah Din Province. The "GREYWOLF" Brigade was responsible for defeating al Qaeda in Baqubah along with the restoration of stability and civil services throughout the Diyala Province.

In December 2007, the "GREYWOLF" Brigade deployed to Iraq for a third time. Responsible for the Ninewa Province in northern Iraq, the Brigade conducted full-spectrum operations to neutralize Al Qaeda in Iraq (AQI) and Irreconcilable Elements to improve security, stimulate economic growth and create enduring stability. In accordance with the Security Agreement, the "GREYWOLF" Brigade moved operations outside of cities and transitioned security primacy within Mosul and Tal Afar to the Iraqi Security Forces. The Brigade continued to conduct full-spectrum operations outside of Mosul to prevent insurgents from using the Mosul Belts as support zones to conduct attacks within the city, setting the conditions for National Elections of Iraq.

As of today, the 3rd GREYWOLF Brigade Combat Team, 1st Cavalry Division, stands ready to lead the way to any contingency area world-wide to accomplish any mission that the future might bring. The 3rd Brigade, represented by the following active subordinate units, is functionally organized and are diligently training and preparing to answer the call of duty.