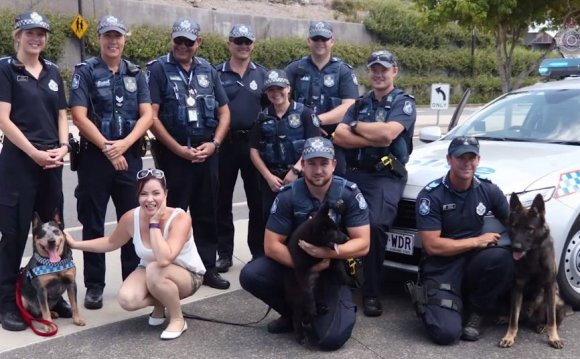 A 44-year-old Upper Mount Gravatt man has been charged after allegedly operating an internet-based synthetic drugs distribution network from his home.

Officers from the Drug and Serious Crime Group executed a search warrant at an Upper Mount Gravatt residence yesterday where they allegedly located the business operation including packing machines, numerous pre-packaged synthetic drugs (one kilogram), documents and distribution materials.

It is alleged the man had established the online shop and was selling the pre-packaged drugs in various forms from 1g to 28g bags and was offering specials, sales, reviews and event reward points.

Acting Detective Superintendent Lance Vercoe of the Drug and Serious Crime Group said: “We have repeatedly issued warnings about the legality of these drugs. They are dangerous drugs and yes they are illegal. Selling, possessing and distributing these drugs could result in a jail sentence. There are no excuses for ignorance surrounding these products.

“The other concerning aspect is the fact that these drugs contain very harmful substances and have resulted in death and serious illness. You have no idea how they are made – remember this. Many of us are conscious of the labels on the food we eat, so why would you ingest something made in someone’s dirty garage?”