Cavalry in the Civil War 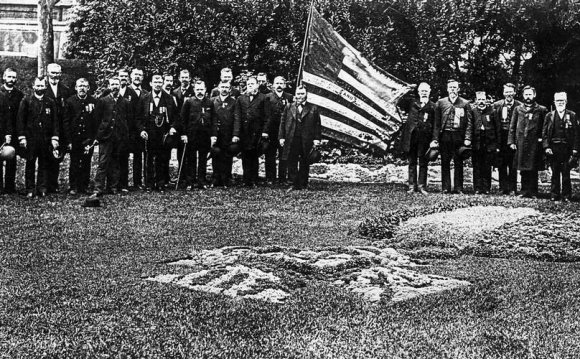 Civil War armies consisted of three major components: infantry, artillery, and cavalry. Cavalry played a major role. It’s primary role was to support the infantry and artillery, gathering intelligence, scouting, screening the movements of the army, and serving as the “eyes and ears of the army”. As the war dragged on, the Federal cavalry’s role changed. Instead of scouting and screening, the primary role became that of an offensive weapon. By the end of the Civil War, the Northern cavalry had become one of the most fearsome offensive forces that the world had ever seen.

In 1861, with the coming of the war, the United States Army had several mounted units. The oldest was the First Dragoons, formed in the 1830’s. In the 1840’s, a second regiment of dragoons was formed, followed by the Regiment of Mounted Rifles. In the 1850’s, the 1st US Cavalry was formed, which was followed by the 2nd US Cavalry in 1856. Dragoons combined most aspects of both light cavalry and mounted infantry. They carried a weapon known as a musketoon in the early days, which was a shortened musket. Later, they carried carbines. Dragoons used their horses to move them from place to place, not for fighting. Most, if not all, of their fighting was done dismounted. Light cavalry served an entirely different purpose. It was primarily intended to scout and screen an army’s advance, and do whatever fighting it did do mounted, typically using either the saber or pistols.

Early Federal commanders did not make good use of the mounted arm. Maj. Gen. George B. McClellan, first commander of the Army of the Potomac, resented the volunteer cavalry, and didn’t trust it. McClellan believed that it would take five years to train volunteer cavalry and get it to a point where it would be a trustworthy fighting force. As a result, he assigned individual companies of volunteer cavalry to serve with infantry brigades. Instead of doing as cavalry was supposed to do, which was to scout and screen, it served primarily as messengers and orderlies. It was, overall, and extremely poor use for the cavalry.

The only cohesive cavalry unit McClellan utilized were the Regulars, which served together as a Cavalry Reserve Brigade. They were generally used poorly, although the 5th US made a brave but ineffective mounted charge during the Battle of Gaines Mill during the Seven Days’ fighting on the Peninsula during June 1862. McClellan only made one effective use of his mounted arm as part of a combined force operation commanded by G. K. Warren toward Hanover Courthouse in early June 1862. This expedition led to the destruction of bridges over the North Anna and caused Jackson to be late for the opening of the Seven Days’ battles. Cooke, who proved unable to handle the responsibility of commanding a large mounted force–he had never commanded a force larger than a regiment prior to the outbreak of the Civil War. His son-in-law, the Legendary Confederate cavalry chieftain J.E.B. Stuart, rather literally rode rings around Cooke and his horsemen, and the old warrior was relieved of command, never to lead mounted forces in battle again.

Why Cavalry Charges stopped being used in the Civil War?