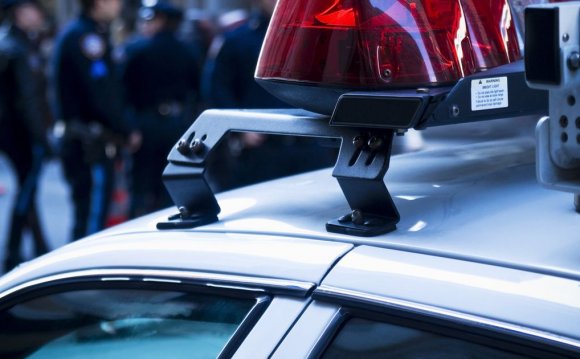 Sergeant Craig Austenberg and Officer Anthony Annecchiarico returned from a two-week tour of duty in New Orleans. They participated in a relief effort coordinated by the state of New Jersey designated as Operation LEAD (Louisiana Emergency Assistance Deployment). Annecchiarico and Austenberg left New Jersey on Wednesday, September 28, 2005 at 4 am and returned on Tuesday October 11th.

They reported for duty as part of a long caravan of relief workers sent by New Jersey. The Mount Olive officers spent their first night at a staging area in Baton Rouge, La. which was designated Camp Colorado. It was there that they were sworn in as Louisiana State Officers by an Assistant Attorney General. The following morning, on their first full 12-hour tour of duty they reported to a command post in Harahan, La., and were given their days assignment. Officer Annecchiarico commented, To some extent I expected the devastation but what I did not expect was the magnitude of the storms damage.

The blocks that we were assigned to patrol were demolished but it went on for as far as I could see in any direction.

Annecchiarico and Austenberg worked their patrol duties with two other Morris County officers, Chief Robert Tovo and Officer Mike Zacchini of the Mountain Lakes Police Department. Chief Tovo was the ranking officer in charge of the Morris County group and of the four-man patrol team of Austenberg, Annecchiarico, Zacchini and Tovo. During their down time the officers stayed on cots in the gymnasium of the Bonnabel High School in Kenner, La., along with over one hundred other municipal, state and federal officers from New Jersey.

Most of the Morris County contingencys daily assignments were door to door residential search operations targeting homes where emergency 9-1-1 calls were received but went unchecked due to the immense number of calls received during Katrinas fury. They also performed security and patrol functions in an area assigned solely to New Jersey police officers. Sergeant Austenberg said he was not sure what to expect when he arrived but commented, It looked like time froze, it was all a ghost town, everything was destroyed.

The officers were able to help many of the residents with by performing simple services like jump starting their vehicles Annecchiarico said, The people very much appreciated our help whether it was giving them a jump-start or simply providing them with fresh water or Gatorade. Craig Austenberg, whose mother plays a key role in New Jerseys animal welfare program, was able to save several animals who were left stranded by providing them with food and notifying the A.S.P.C.A. for follow up. The Sergeant tells the story of a home where, We breached a door to one house to check on the residents who were on the 9-1-1 list. When I entered I found one dog that had already perished but I heard another growling. We provided food and called for assistance from the A.S.P.C.A..