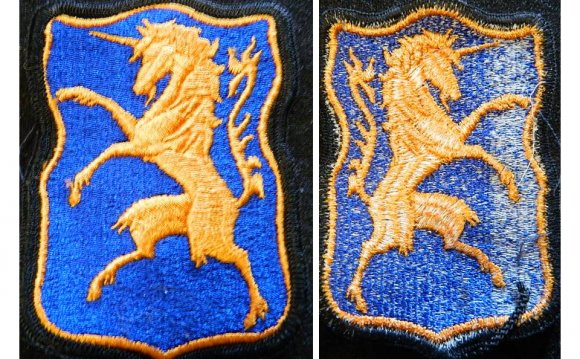 Following the war, the 6th Cavalry Regiment participated in 10 Indian Campaigns and was responsible for the surrender of the famous Apache chief Geronimo. Cavalry companies were officially redesignated as roops in 1883, with the unit becoming Troop B, 6th Cavalry. The Regiment also saw action in the Spanish-American War, storming alongside Teddy Roosevelt's "Rough Riders" during the capture of Santiago, Cuba. Between 1916 and 1917, the 6th US Cavalry participated in the punitive expedition to Mexico to end Pancho Villa's raids on American soil. The 6th Cavalry was assigned on 15 August 1927 to the 3rd Cavalry Division and relieved on 1 December 1939 from assignment to the 3rd Cavalry Division.

6th and 28th Cavalry Reconnaissance Squadrons, Mechanized, were converted and redesignated on 1 May 1946 as the 6th and 28th Constabulary Squadrons, respectively. Troop F, 6th Cavalry Reconnaissance Squadron, Mechanized was converted and redesignated on 1 May 1946 as Troop E, 6th Constabulary Squadron and again on 20 December 1948 as Company B, 6th Armored Cavalry. The Squadron returned from Europe in 1957, and was stationed at Fort Meade, Maryland.

On 16 July 1986, the 2nd Squadron, 6th Cavalry was reactivated to become part of the 6th Cavalry Brigade, and was the third unit to receive the AH-64 Apache. In January 1988, the Squadron moved from Fort Hood, Texas to Illesheim, Germany and was formally assigned to US Army Europe.