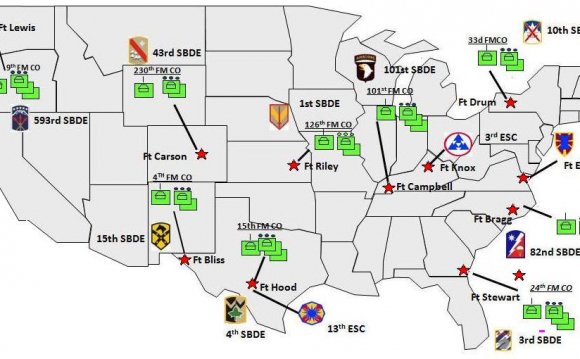 FORT HOOD, Texas – One week after pinning on her first star, the Army Chief of Staff announced that Brig. Gen. Laura Richardson will become the Army’s first female to serve as a division deputy commander.

The general is no stranger to the cavalry. The aviation officer served as a company commander in the 6th Cavalry Brigade in the mid-1990s.

“The cavalry throughout the history of the United States Army is rich with tradition, esprit de corps and accomplishment, ” Richardson said. “It’s a great honor and privilege to once again be part of the cavalry, and I look forward to serving with the Soldiers of the 1st Cavalry Division.”

Although the Army chief of staff’s March 9 announcement was historical for women and coincidentally made during Women’s History Month, Richardson said she is humbled by the opportunity.

“Each of my assignments — from platoon leader to company commander to the commanding general of the Operational Test Command — has challenged me to learn and excel as a Soldier and a leader, ” she said. “I am as excited about being one of the 1st Cavalry Division’s deputy division commanders as I was about being a company commander in the 6th Cavalry Brigade.”

Her background includes logistics, personnel and operations. She has held two company commands, staff officer assignments and a battalion command with the 101st Airborne Division (Air Assault), and has been the director of the Army’s Transformation Office and a garrison commander at Fort Myer, Va., and Fort McNair, Va. She also served as the military aide to the vice president and one of the Army’s liaison officers to the United States Senate.

Richardson deployed in support of Operation Iraqi Freedom while commanding the 5th Battalion, 101st Aviation Regiment, an assault helicopter battalion, and has been awarded the Defense Superior Service Medal, three Legions of Merit and many more awards.

Richardson’s historical assignment comes on the heels of the Department of Defense’s announcement Feb. 9 that six military occupational specialties and some battalion-level positions in combat units will soon be opened to women.

The general said, however, that she never dreamed of holding specific positions in the Army; instead, she focused on the task at hand to accomplish the mission and take care of her troops.

“My goals were always to do the best that I could in the job that I was in, not to dwell on what was next, and I believed the rest would take care of itself, ” she said, crediting her parents for teaching her values of determination and hard work.

Being the first female deputy commanding general in an Army that is nearly 85 percent male could be intimidating, but Richardson said the pressure to prove herself normally comes from within.

“There is always pressure on any individual as they transition into a new job and to become an effective member of the team as quickly as possible, ” she said. “I believe the key to transition is to keep focused on the purpose and listen.”

She plans to lead the division, as she leads the OTC, with the five tenants of excellence, leadership, teamwork, caring and safety.

“These tenets have served well in OTC and other positions, and I look forward to instilling a passion for excellence, leading by example, building the team vertically and horizontally, treating everyone with dignity and respect and ensuring the safety of the team, ” she said.

Her future goals are not to become another monumental first for Army females. She is, and always has been, focused on the task at hand. Her goal for the near future as a leader in the Army is to assist in meeting and dealing with the current strategic and fiscal challenges.

For those inspired by her accomplishments, Richardson advises both male and female Soldiers how to succeed: “Be a competent and confident professional, accept new challenges and always take care of your people.”