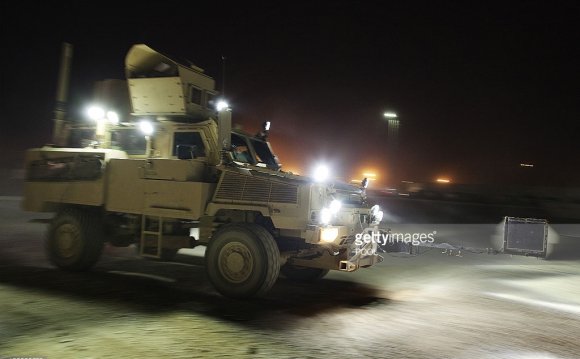 The mission of the 3rd Brigade Combat Team, 1st Cavalry Division, "Greywolf, " is to, on order, deploy to a contingency area of operations, prepare for and on order execute full spectrum operations in order to achieve US national objectives. It would then, on order redeploy and prepare for future operation.

The unit was reconstituted on 20 August 1921 in the Regular Army as Headquarters, 3rd Cavalry Brigade, and was assigned to the 2nd Cavalry Division. The Brigade existed only on paper until it was activated on 15 October 1940 at Fort Riley, Kansas. The unit was relieved on 15 July 1942 from assignment to the 2d Cavalry Division and was concurrently converted and redesignated as Headquarters, 9th Armored Division Trains.

The unit subsequently deployed to the European Theater where it received campaign participation credit for the operations in Rhineland, Ardennes-Alsace, and Central Europe. The unit was awarded 2 Meritorious Unit Commendations with streamers embroidered Europe 1944 and Europe 1945. Following World War II, the unit returned to the United States and was inactivated on 13 October 1945 at Camp Patrick Henry, Virginia.

In support of Operation Iraqi Freedom II, the Brigade returned to the Middle East in 2004 to the capital city of Baghdad with responsibility for the security of the "International Zone" (also known as the "Green Zone"). The Brigade conducted combat operations in the violent Haifa Street neighborhood during the beginning of the insurgency in Iraq, setting the security conditions to conduct the first free national Iraqi elections within that critical area.