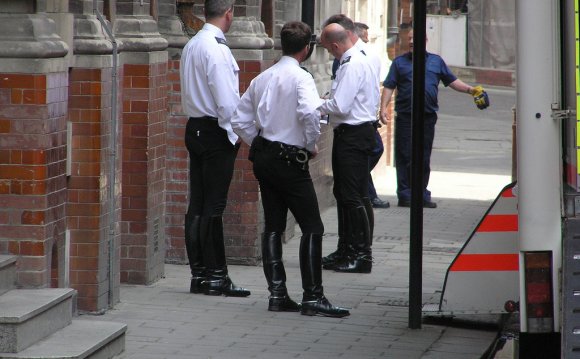 Chief Constable Sir Jon Murphy and Police Crime Commissioner Jane Kennedy spoke of their relief at hearing there would be a 0.6% cut to Merseyside’s budget as opposed to fears earlier this year of 40%.

Police bosses say they may even be in a position to recruit new police officers in the New Year - although there is still pressure to make “significant” savings and reforms to policing.

Sir Jon Murphy said: “ “It now appears that we may not have to cut as deeply, or as quickly, as we had first anticipated, but there will still be a requirement to make significant savings, changes and reforms, albeit over a slower period of time. As a result we are revisiting proposals recommended in relation to the structure of the force.

“The force needs to continually adapt with the times if we are to meet the constantly changing demands of the community. We have also identified that there are still some areas where the force could make changes to improve efficiency and effectiveness, whilst at the same time enabling investment in priority areas for the force.

“I am pleased say that at this stage the force will not be pursuing some of the planned changes announced in the autumn, which included considerations to disband the Mounted Department and lose our Police Community Support Officers (PCSOs).

“However, it is important to stress that once we have more detail around funding, the Mounted Department, will still be subject to further review . We will also continue to review the required establishment of PCSOs.

“As a result of today’s announcement we can confirm that we will now be able to avoid compulsory redundancy for PCSO’s and will not be pursuing termination of their contracts in the immediate future.

“Additionally, we will now be in a position to recruit new police officers in the New Year.

“The last few years have, without doubt, been difficult and unsettling for officers and staff within the organisation, but despite this they have continued to maintain a professional and effective policing service for the public of Merseyjside.

“I hope that the news today will bring them some cautious optimism for the future and will give our communities some reassurance in relation to our commitment to provide them with the best possible service.”

She said: “This is good news. We still need to analyse the settlement in greater detail, but it looks largely positive – almost a best case scenario.

“We will still have to make some cuts and it won’t be an easy ride. There will still be challenging times ahead, but the situation is very much brighter than we feared.

“I welcome the Chancellor and the Home Secretary’s decision not to impose the major cuts of up to 40% that we were being asked to prepare for.

“The Chief Constable and I publicly urged Ministers to realise the hugely damaging impact such cuts would have.

“They have clearly listened to Chief Constables and Police and Crime Commissioners and the public and have protected police budgets so that we can continue to work to keep our communities safe.

“Today’s announcement will come as a huge relief to the hard working men and women of Merseyside Police who are committed to serving the public.

“With this announcement comes greater security for police forces for the next year, but it also means that my colleagues and I now have to make sure we continue to use the public’s money in the most effective and efficient way for the people we serve.”