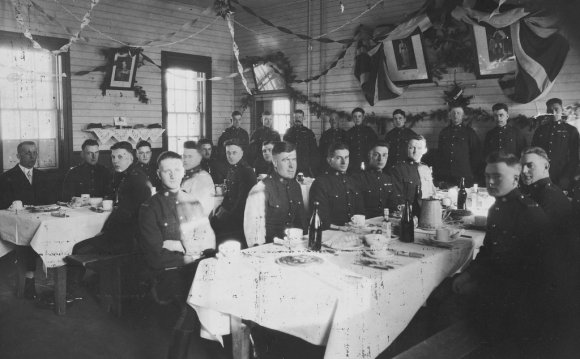 From the very outset in 1873, both English- and French-speaking Canadians were encouraged to join the Mounted Police, although the number of recruits from Quebec was never high. The NWMP attracted men from the United States and several European countries, but by and large, most members, while Canadian-born, traced their lineage to the British Isles. The NWMP employed numerous First Nations and Métis people as guides, scouts and interpreters, but never as regular members. Most members were from Ontario, but every province was represented in the ranks. Recruits included farmers' sons, clerks, students, tradesmen, or soldiers. Few had any knowledge of conditions in the Territories, and even fewer had any first-hand experience with First Nations peoples and cultures.

While the NWMP often employed women as prison matrons or prisoner escorts, it was well into the 20th century before women were employed by the Mounted Police in professional occupations. The first female regular members were not engaged until 1974, a full century after the NWMP was created. The members represented in these early service files are thus all men. This is not, however, yet another history of "Great Men, " although you will discover in these files some great Canadians who might not be known to you.

What you will find in these files is quite different from the Mounties' popular image. Life in the force was not nearly as glamorous or adventurous as people often think. For the most part, policing in the Northwest was characterized by routine and mundane daily chores and tasks.

Nonetheless, every one of the more than 4, 000 who wore the distinctive red serge of the NWMP contributed to the making of that familiar image. More importantly, they contributed greatly to the development of western Canadian and Yukon society. Their story is one of law enforcement and policing, but it is also the story of the relatively peaceful transformation of frontier societies in what has been called the "great lone land" and in the far reaches of Canada's north. That transformation might not have been possible without the steady hand of the men of the NWMP.

Although the sections on this website can be read in any order, a good place to start is The Popular Hero. That section will give you a short overview of the North West Mounted Police (NWMP) and its origins and some historical background that will help you understand the other sections on this website. Throughout the website, the emphasis will not be on historical events, but on life in the NWMP, and on the members themselves. Their stories are told through many original archival documents, most of which have never before been available to a broad public.

In "Signing Up, " you will learn about the rank structure, requirements for service, training, and so on. You will also find some of the personal history of the officers and men, through letters of application, diaries, photographs, and other archival documents.

"On the Job" looks at daily life in the NWMP in the late 19th century. As you will see, the duties and experiences of a mounted policeman extended far beyond law enforcement.

"Serving the Nation" shows the role of the NWMP as agents of the federal government in tasks ranging from ordinary census taking to acting as escorts for important visitors to the Northwest.

In "Fighting Crime, " you will see the NWMP in its traditional law enforcement role. As with other aspects of life in the NWMP, this was often routine work, although there were many cases that have now become the stuff of legend. You will be able to trace one such case, through archival documents ranging from telegrams in secret code to "wanted" posters and mug shots.

"Searching the Database" will allow you access the service files of over 4, 000 members of the NWMP, from 1873 to 1904. This section also explains how to use and interpret the files.

We gratefully acknowledge the contribution of the Department of Canadian Heritage, whose financial assistance through the Canadian Culture Online initiative made this work possible.