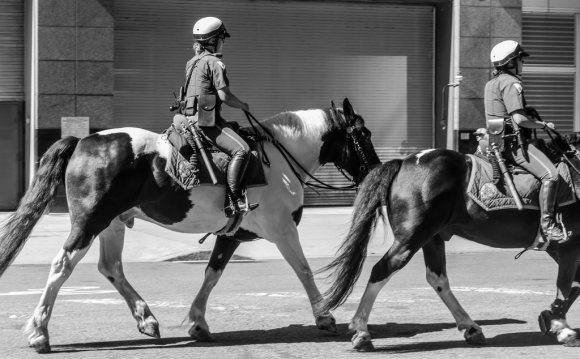 After the heart-wrenching attacks in Paris last week, cities around the country are stepping up their security measures, and New York is no exception. While more modern tactics such as a new counter terrorism team and a state-of-the-art crime-fighting computer system are standard, however, the city is doubling down on one of its most traditional law enforcement methods as well: the mounted police officer.

Despite the elimination or reduction of mounted units in other U.S. cities, New York maintains that its 10-foot-tall mounted officers offer a visible security presence and an essential means of crowd control in case of emergency. This idea proved out in May, 2010, after street vendors spotted smoke coming from a would-be car bomb in Times Square and ran to nearby mounted officers for help. (The mounties cleared the area in time for the bomb squad to arrive and the bomb, which failed to explode, did not result in any casualties).

The city recently opened a new, 26, 000-square-foot facility for its mounted officers and their horses on Manhattan’s far West Side in the bottom of a luxury high-rise building. The $30 million-dollar project currently holds 26 of the city’s 52 police horses (others are stabled in Brooklyn, the Bronx, and Queens), and boasts the same gold finial-topped stalls as those used in Queen Elizabeth II’s royal stables. You can read Reuters‘ full story here.