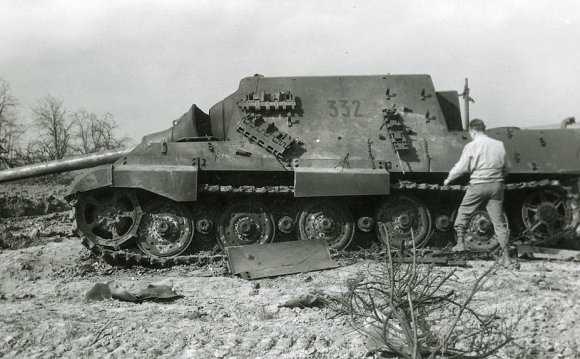 The Armor insignia, approved in 1950, consists of the traditional crossed sabers (originally adopted for the cavalry in 1851) on which the M-26 tank is superimposed. The design symbolizes the traditional and current roles of armor.

Branch Plaque: The plaque design has the branch insignia, letters and border in gold. The background is green.

Regimental Insignia: Personnel assigned to the Armor branch affiliate with a specific regiment and wear the insignia of the affiliated regiment.

In March 1855, two regiments of cavalry were created and their trimmings were to be of “yellow.” In 1861, the designation of dragoon and mounted rifleman disappeared, all becoming Cavalry with “yellow” as their colors. Armor was assigned the colors green and white by Circular 49 on 21 February 1947. When the Cavalry branch was abolished, the present Armor was assigned the former Cavalry color yellow by SR 600-60-1 dated 26 October 1951.

Birthday: 12 December 1775. The Armor branch traces its origin to the Cavalry. A regiment of cavalry was authorized to be raised by the Continental Congress Resolve of 12 December 1775. Although mounted units were raised at various times after the Revolution, the first unit in continuous service was the United States Regiment of Dragoons, organized in 1833. The Tank Service was formed 5 March 1918. The Armored Force was formed on 10 July 1940. Armor became a permanent branch of the Army in 1950.

The Armored Cavalry Regiment (ACR) is the self-contained force around which the covering force is built. Further, it provides an economy-of-force structure for use in the main battle area (MBA) for offensive and defensive operations (FM 8-10-4).

The ACR is a self-contained combined arms organization composed of armored cavalry squadrons (ACS), an aviation squadron, a support squadron, and separate combat support companies and batteries. The ACR is a separate unit that supports the corps or a joint task force. It is often reinforced by corps combat support units and divisional maneuver battalions. The ACR operates independently over a wide area and at extended distances from other units. The ACR is a highly mobile, armored force capable of fighting the fully mechanized threat in the environmental states of war or conflict. The ACR may be rapidly deployed to a theater of operations by sealift. When supporting a light corps, limitations may exist in corps support capabilities, strategic mobility, and terrain restrictions.

The regimental ACS is a highly mobile, armor-protected force. It consists of armored cavalry troops, a tank company, and a self-propelled artillery battery. The squadron usually functions as part of the regiment, but may operate separately for a short period of time, or as part of a joint task force or another unit. It is often reinforced by combat support units organic to or reinforcing the regiment (FM 17-95).

Armor Cavalry Regiment Light
The ACR(L) is a self-contained combined arms organization capable of being packaged and rapidly deployed by air or sealift as part of a force projection Army responding rapidly to world-wide contingencies. The role of the ACR(L) may be traditional, initial entry, or follow-on. The traditional role would support a US corps or task force through a reconnaissance, security, and economy-of-force capability. As an initial entry force, the ACR(L) would support Army or joint task force operations with credible force as a demonstration of US resolve. In the follow-on role, the ACR(L) will follow an opposed entry force (division ready brigade type) to expand the point of entry, to provide reconnaissance and security, and to serve as the initial combat-capable maneuver force.
The regimental light armored cavalry squadron (ACS[L]) is a highly mobile force. It consists of armored cavalry troops equipped with HMMWVs armed with a caliber .50 machine gun, an MK 19 grenade launcher, and a TOW missile launcher; a HMMWV-mounted TOW company; and a towed artillery battery. The squadron usually functions as part of the regiment, but may operate separately for a short time or as part of either a joint task force or another unit. It is often reinforced by combat support units organic to or reinforcing the regiment (FM 17-95). There is currently only one Armored Cavalry Regiment (Light).
2d Armored Cavalry Regiment (Light). (Toujours Pret) Joint Readiness Training Center, Fort Polk, La.

In 1986 the United States Armor Association began an Awards Program to honor the very best of America’s tankers and troopers. The Association reports that over 6195 awards have gone out to deserving members of the army’s close combat heavy forces.