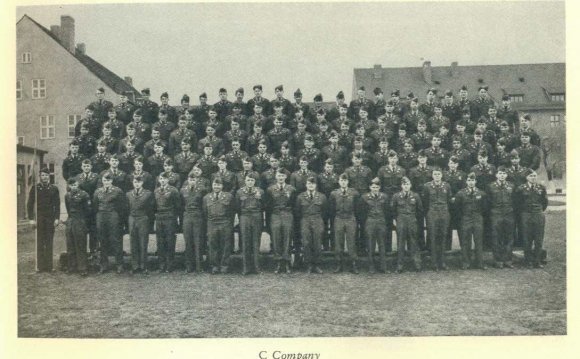 The 11th Armored Cavalry Regiment's unique mission is vital to the readiness of our army. That mission is to provide the US Army the most capable and lethal combined arms opposing force in the world. The 11th ACR is the Army's premier maneuver unit-the opposing force at the National Training Center at Fort Irwin, California. There, the Blackhorse trains the United States Army-one unit at a time-in the brutally harsh climate of the Mojave Desert. Consequently, the tough and uncompromising standards of the 11th ACR have become the yardstick against which the rest of the Army measures itself.

The 11th ACR was reactivated 26 October 1994 at the National Training Center and has the primary mission of serving as the parent organization for the NTC's Opposing Force. The 11th ACR presently consists of 1st Squadron, 11th ACR; 2nd Squadron, 11th ACR; Support Squadron, 11th ACR; and a Headquarters and Headquarters Troop. The 11th ACR provides a professional "enemy" against which visiting Army and National Guard task forces do battle when they come to the National Training Center to train. The Regiment serves as the opposing force (OPFOR) in exercises designed to train Army battalion and brigade task forces in tactical and operational level skills under near-combat conditions.

To train America's Army for future conflicts, the National Training Center undergoes a monthly transformation into the fictitious country of Mojavia. Krasnovian soldiers in the 11th Division Tactical Group that has invaded the small desert nation. It's the opposing force's job to provide a hostile, highly trained force capable of combating more than 70, 000 active-duty, National Guard and Reserve soldiers who go through the training rotations each year.

To provide a realistic training environment, Blackhorse soldiers wear a special desert camouflage uniform and operate Sheridan tanks and armored personnel carriers modified to look like Soviet-made equipment. Civilian protesters, terrorists and guerilla forces round out the war game scenario and provide an extra sense of realism for soldiers testing their mettle against the rugged desert terrain.

The 11th Cavalry's motto, "Allons, " means "Let's Go"-and the regiment has been doing just that ever since it was activated by an Act of Congress as a horse cavalry regiment at Fort Myer on the 2d of February 1901-one hundred years ago this year. That was a busy period for the Army. The Spanish-American war had just ended, and Elihu Root, Secretary of War, was instituting reforms-trying to change the Army to keep it relevant-and the 11th Cavalry was a fundamental part of that change.

After attaining victory in the Spanish-American War of 1898, the United States found itself with the new task of Territorial Administration. In large part the job fell to the regular Army. Found to be undermanned for the mission, Congress increased the standing army by five infantry and five cavalry Regiments. Thus, on 2 February 1901, the 11th Cavalry Regiment was the first of five newly formed cavalry regiments. The 11th Armored Cavalry was constituted 2 February 1901 in the Regular Army as the 11th Cavalry. Organized 11 March 1901 at Fort Myer, Virginia. The 12th, 13th, 14th and the 15th Cavalry Regiments followed.

On 11 March 1901, the first recruits of the new Regiment reported for training at Fort Myer, Virginia. A combat tested veteran of the Civil War, who also gave distinguished service in the Spanish-American War, was tasked with raising the Regiment and serving as its first commanding officer. But like all new organizations, there were some growing pains. In fact, the magnitude of the problems confronting the organization of the new 11th Cavalry caused the 1st Squadron Commander to include the following woeful statement in a dispatch to the War Department pleading for more officer personnel: 'Bengal 6' said, "I have 400 horses that have never seen a soldier, 400 recruits that have never seen a horse, and 4 second lieutenants that have never seen a trooper or a horse."

Despite this rather inauspicious beginning, the regiment grew quickly in size, capability, and reputation-deploying around the world in the defense of our great nation: baptized by fire while putting down the Philippine insurrection; then off to Cuba to boldly assert American presence; conducted the last mounted cavalry charge in American history on the 5th of May, 1916, while pursuing Pancho Villa's rebel army across Mexico.