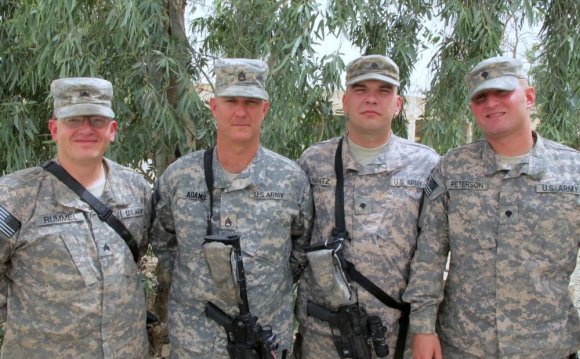 An Armored Cavalry Regiment is organized for the specific purposes of reconnaissance, surveillance, and security. Depending on the factors of mission, enemy, terrain, troops available, time and weather, a Cavalry unit may be given one mission or several simultaneous missions. It must be organized, equipped, and trained for continuous combat operations in all types of terrain under all weather conditions. Cavalry's firepower, mobility and shock effect make it one of the Army's most flexible organizations.

Cavalry may be deployed to any part of the world to protect national interest and to ensure national security. Potential adversaries range from highly sophisticated forces, throughly modern mechanized forces, to lighter, less modern forces. On the battlefield, the Cavalry Commander will use the concept of maneuver to swiftly position his combat forces to attack enemy vulnerabilities, and exploit his weaknesses. High Maneuverability has historically made the Cavalry a decisive factor on the battlefield and ensures its importance as the "eyes and ears" of the United States Army.

As a part of the Tennessee Army National Guard, the 278th Armored Cavalry Regiment serves a dual purpose. Under state command, the Regiment may be used to quell civil disturbances and to provide assistance and support during natural disasters. As a result, the Regiment must train to meet both Federal and State training requirements.

The history of the 278th Armored Cavalry Regiment began before the American Revolution when local militia units formed throughout communities in East Tennessee. These units were organized to protect the early settlers in Tennessee from the Creek and Cherokee Indians who often raided settlements in East Tennessee. Once these militia units were formed, the Indian raids generally subsided and life on the Tennessee frontier settled down.

During the American Revolution, these militia units joined along the Nolichucky River in east Tennessee under the command of Colonel John Sevier to form a mounted Militia Company of east Tennesseans. They formed with other "Over the Mountain Men" and defeated a superior British force under the command of General Patrick Ferguson in the Battle of Kings Mountain, North Carolina. The battle, fought on October 7, 1780, destroyed the left wing of Cornwallis' army and effectively ended Loyalist ascendance in the Carolinas. The victory halted the British advance into North Carolina, forced Lord Cornwallis to retreat from Charlotte into South Carolina, and gave General Nathaniel Greene the opportunity to reorganize the American Army.

In 1796, Tennessee became the sixteenth state to join the union. Colonel John Sevier became the State's first governor. He organized the State's Militia into three brigades with the Third Brigade of the Militia in East Tennessee.

During the War of 1812 with Great Britain, Militia units from East Tennessee marched with General Andrew Jackson and fought engagements at Pensacola, Florida and defeated a superior English force on 8 January 1815 in New Orleans. East Tennessee Militia units also participated in the Indian Wars with General Andrew Jackson taking part in actions in Tennessee, Alabama, Georgia and Florida.

In 1846, a call went out for 2800 Volunteers from the State of Tennessee to take part in the War with Mexico. 38, 000 Tennesseans answered the call earning the Tennessee Militia the ever-lasting nickname of "Volunteers." From that heritage, the 278th Armored Cavalry Regiment's motto "I Volunteer Sir" was derived. Because there were so many volunteers willing to fight, a special lottery was held to select those men who would be allowed to fight. Volunteer Militia units from East Tennessee took part in actions in Mexico.