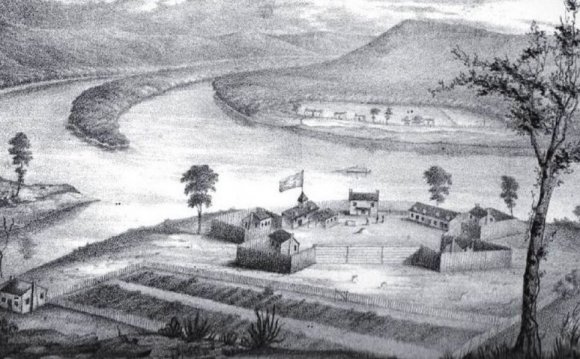 WASHINGTON, APRIL 1, 2011 - In a fingertip-to-the-brim nod to its American frontier history, the Army is changing hats again - returning to the tumultuous days of the horse Cavalry in the wild west and adopting a dark blue Stetson as the official headgear for the current force of 1.1 million Soldiers.

"We figure the Stetson will be popular with the troops, " said Sgt. Maj. Bob S. Stone, Army Uniform Board headgear task force president. "It's been a while since we have changed the headgear, so it's time. Plus a Stetson is functional and down right American."

But reminiscent of the controversial switch from the garrison cap to the black beret, the Army faces opposition from one community deeply opposed to losing its special identity with the Stetson - the Armor branch.

"Why in the heck are they doing to us what they did to the snake-eaters'" asked one officer familiar with the board's deliberations. "If you ain't Cav, you ain't ought to be wearing a Cav hat. That just ain't right."

But the sheer functionality of the wide-brimmed American-classic Stetson won over the majority of the board.

"You can keep the sun out of your eyes, the hat won't melt to your head on a sunny day, and female Soldiers can tuck long hair under a Stetson a lot easier than with the current beret, " says Stone. "Plus we've already gone back to blue jackets for the service dress uniform. The Stetson actually completes the look."

The voting of the board fell along predicable lines, but was completed weeks ahead of schedule. In a surprise move representatives from Forts Bragg, Campbell and several undisclosed forward locations around the world pushed the vote for the Stetson to a head.

Representatives from various garrison activities and the Human Resources Command tried in vain to keep the beret, citing the cache it brings to wearers as well as practicality. According a dissenting member, "at least you can fold a beret and put it in your pocket. Where are you going to put your ten-gallon hat in your cubicle'"

The beret is not completely leaving the Army inventory, as communities who previously wore berets will return to or keep their traditional colors of maroon (airborne), black (Ranger) and green (Special Forces). Additionally Rangers will be allowed to keep the tan beret for use in desert climates. "We've at least earned that, for all grief we took in losing the black beret in the last go-round, " said one unidentified tab-wearing board member.

Stone refused to address rumors that the Army Uniform Board will next consider adoption of a black western-style or 'cowboy' boot to replace the current inventory of black low quarters for wear with the Army Service Uniform. Sources expect that if the board moves toward boots, the Armor community will likely push for the return of cavalry-use-only jodhpurs and spurs, as a concession for having lost its prior if informal and exclusive right to wear a Stetson.

There will be some restrictions on wear. In a nod to other dress blue uniform traditions, general officer Stetsons will be black and must have a completely flat brim. All other wearers of dark blue Stetsons will be allowed any combination of opposing but matching curls of the side brims, up-to-twenty-degrees up or down. However no single-side flapping of any portion of the brim will be allowed.