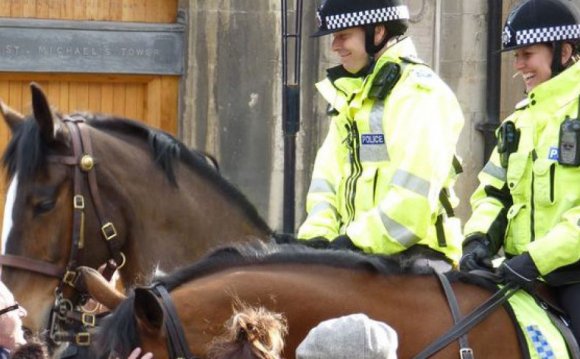 Mounted police (police horses and riders) have been part of British policing for the better part of two centuries. They are used for a broad range of tasks, including public order and crowd control, high-visibility urban patrols, community engagement and ceremonial duties.

Yet, until now, little has been known about their work from either an academic or a practitioner standpoint. In turn, police managers and policymakers had little evidence on which to base decisions regarding whether and how to use mounted police resources to support broader policing goals.

RAND Europe, in partnership with the University of Oxford, supported an extensive investigation of both quantitative and qualitative indicators relating to the value of mounted police in various deployment scenarios. The goal was to understand how members of the public perceive and respond to mounted police deployments. Through this project, we also examined police perceptions and experience with mounted police both in the UK and internationally as well as the relative costs and measurable benefits of mounted police work.

This project was developed in consultation with police partners to inform and provide an empirical basis for future decision-making relating to the deployment of mounted police in England, Wales and Scotland. The project was led by the University of Oxford and supported jointly by police partners and the ESRC’s Knowledge Exchange Opportunities scheme.

Mounted police spend substantially more time on neighbourhood-level patrol or supporting local policing than on any other area of activity.

In neighbourhood settings, mounted police patrols are associated with higher levels of visibility, trust and confidence in police.

A ‘quasi-experiment’ in six areas found that provision of mounted police patrols over a one-month period was associated with a significant shift in public opinion. While trust and confidence fell in three sites that did not receive mounted patrols, in the three sites which did experience patrols, public confidence levels were either maintained or slightly enhanced.

Mounted police were observed to generate over six times as many instances of casual public engagements — such as greetings and brief exchanges — over equivalent time periods in neighbourhood patrols. However, both mounted and foot patrols generated approximately equivalent levels of extended engagements — longer conversations — with members of the public during these patrols.

Further key findings and conclusions can be found in the summary report.

"This provides the police with new evidence suggesting that mounted units still have great utility in modern policing, particularly in neighbourhoods. In the light of this, despite the financial limitations, we must ensure that we do not inadvertently lose a capability that offers so much to policing services without fully understanding the consequences."