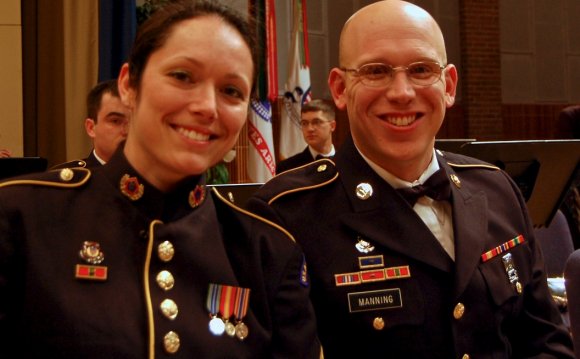 The 1st Cavalry Division, a major subordinate command of the US Third Mobile Armored Corps, is a 19, 000 soldier, heavy armored division stationed at Ft. Hood, TX. As one of the two "on-call" heavy contingency force divisions of the Army, the First Team has an on-order mission to deploy by sea, air or land to any part of the world on a short notice. The following narratives, divided in timeline eras of major operational missions, describes the threat environment, tactical conditions, evolution of equipment technology and the strategic methodology employed by one of its assigned units, the 1st Cavalry DFivision Band and its ensembles contribute to the successful missions enhancement of the warring organization of the 1st Cavalry Division and the honors they achieved are summarized in the chapters that follow.

The modern day mission of the 1st Cavalry Division Band is threefold: 1) To promote morale and esprit de corps throughout the division and Ft. Hood, by providing traditional music for military ceremonies and special events; 2) to enhance community relations through participation in local community events; and 3) to enhance US Army recruiting.

The First Cavalry Division Band was constituted the Band of the 2nd Cavalry on 03 March, 1855. Organized at Camp Verde, Texas in 1856, it participated in the war against the Comanche. Redesignated in 1856, the band campaigned in the Civil War and was present at Bull Run, Antietam, Chancellorsville, Gettysburg, Wilderness, Cold Harbor and Appomattox. The unit disbanded in 1866 and reorganized at Camp Sedgewick in Washington D.C. in 1869. The band participated in the Indian Wars against the Sioux, Cheyenne, Utes and Apache, as well as General Pershing's Mexican Expeditionary Force.

The band evolved into its modern form on 03 June, 1945. It was formed from the battle-scarred remains of three regimental bands: the 5th Cavalry Regimental Band, the 7th Cavalry Regimental Band and the 1st Cavalry Division Artillery Band. Stationed in Japan, this new band was present from WWII through the Korean War. Serving at several different posts, the band enhanced morale, and promoted American popular music to both US troops and the Japanese during post war duties.

Since WWII the "First Team Band" has participated in the war efforts in Korea and Vietnam, as well as operations Desert Shield, Desert Storm and Operation Joint Forge in Bosnia. The band also deployed with the Division to Germany for Reforger '83 and Reforger '87. While serving with Task Force Eagle, Bosna - Herzegovina, the First Team Band helped boost division morale during the holiday season, as well as spread goodwill throughout the civilian community.

The band is a modern professional organization equipped to perform a variety of music, including marches, pop tunes, top 40, Big Band Jazz, and Concert Band literature. Within the organization there are several small ensembles, such as the Jazz Combo, Brass Quintet, and Woodwind Quintet. Today, the First Team Band continues to promote the traditions and spirit of the cavalry, "wherever it performs."

The First Cavalry Division Band is currently composed of the following musical ensembles:

This folio of material highlights of the many subsequent historical critical missions performed by members of the 1st Cavalry Division Band, whose actions, and operations over its 156+ years history at and the honors they achieved are summarized in the following sections:

Table of Contents
If none of the data that you have found by surfing the reference unit chapter titles and indexes measures up to your interests, you may want to deploy the R&S (Reconnaissance and Surveillance) Scouts to search and identify keywords or subjects within individual unit pages. Enter the descriptive keyword or search terms(s) in the input field and "Click" on the Search button to screen the multiple DataBases of the Cavalry OutPost and the garrisoned occupants - "The 1st Cavalry Division and its Subordinate Units".

The search action will open the "first-team.us WebSite - R&S Scout Report", which displays a listing of WebSite Titles and HTML Summaries that contain the specific search term(s) of interest. To review any that best depicts a match of your search term(s), "Click" on the WebSite Title to open a New Window. After the WebSite is fully loaded, use the browser [EDIT/Find] Tool Button to locate the search term within the page. After reviewing, close the New Window to return to the listing of WebSites.