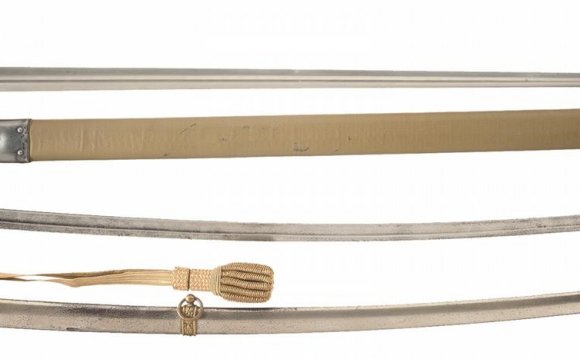 In the Peninsula War, the English nearly always used the sword for cutting. The French dragoons, to the contrary, used only the point which almost always caused a fatal wound. This made the English say, "The French don't fight fair." Marshal Saxe wished to arm the French cavalry with a blade of a triangular cross section so as to make the use of the point obligatory. At Wagram, when the cavalry of the guard passed in review before a charge, Napoleon called to them, "Don't cut! The point! The point!"

The point is vastly more deadly than the edge. While it might be possible to inflict a crippling blow with the edge (were the swing unrestricted by the pressing ranks of the charge or by the guard of attack) the size and power of the blow is so reduced there is grave doubt it would have sufficient power to do any damage to an opponent's body, protected by clothing and equipment. And even should the blade reach the opponent, it's power to unhorse is dubious.

The cavalryman rides at a man to kill him. If he misses, he goes on to another, moving in straight lines with the intent of running his opponent through. As to the question of recovering his sword thrust into an opponent, when a man has been run through he is going to be pretty limp and will probably fall from his horse, clearing the weapon for you. It would seem, then, that the straight sword possesses all of the advantages of the curved sword for cutting, besides the proper use of the point, which the other does not, and that in using the point in the charge not a single advantage of the edge is lost, while many disadvantages are overcome. In addition, the highest possible incentive to close with the enemy is given.

The Egyptian expedition under Napoleon gave fresh impetus to the saber. Many real scimitars were carried back to France at it's close. The famous sword of Marengo carried by Napoleon was of this type. Murat also carried one, probably because it gave increased possibilities for being decorated with jewels.

The Cavalry Sword Model 1913 [designed by Lt. Patton] is an ideal thrusting weapon and at the same time, one which can give a cutting blow at least one third harder than our former saber.

The sharpened back edge makes it much easier to withdraw from a body than would be the case if it were single edged. The use of the point is taught exclusively. In the charge with the point, all the energy of the horse is conserved and he becomes a steel-pointed missile.

When using the point, the almost prone position of the trooper reduces the target and facilitates the speed of the horse.

Of the foregoing advantages of the point, the fact of increased reach is paramount. The point will outreach and outkill the edge in a charge; hence if we meet foes using the edge against our point, we have them. If our enemy also uses the point, we are simply fighting fire with fire and our superior swords and greater physical strength tips the scale a little our way; whereas, in such a case, had we continued to use the edge, we would have been lost. Against infantry, the point is the only thing. The bayonet has a long reach and against it the cut is of little use. Among wagons or artillery, the point alone can reach opponents behind wheels or shields.

Is it possible for the soldier in battle to always take up the extremely extended positions described in the regulations? No, not any more than it will always be possible to always get the proper sight setting for the rifle. The positions described are the best and the more rigidly and accurately they are enforced at drill, the more approximately will they be assumed in battle.

Will the edge ever be used? It will. Man is not very far removed from his cave ancestor. And as battle was a primal pastime, so modem man engaged in it more readily retrogrades to his hairy progenitor. It was for this reason-together with the added facility in withdrawing it-that the sword was made sharp. We do not teach it any more than we do biting in a fist fight. At the last extremity, both are useful and will be used. The longer we can defer, by practice, that state of hysteria in which either will be used, the more deadly we make our swordsman or boxer.

Will the point always be successful? No, but in all circumstances it gives the largest chance of success.

Sometime between 1902 and 1906 the U.S. Army's Ordnance Department decided to issue a new Cavalry Saber. The saber being replaced had been in use since 1861, when the light cavalry saber had replaced the Model 1840 heavy dragoon saber. The new pattern, issued only in limited numbers to a portion of the then existing 10 regiments, had the same shape and size of guard, grips, and blade as the Model 1861, but the guard of the new model was made of steel instead of the traditional brass.

The cavalry saber, Model 1913, was the last saber issued to and used by the U.S. Cavalry. The designer of the "last of the bright blades" was Lieutenant George S. Patton, Jr. At the time of the redesign, Patton was "Master of the Sword at the Mounted Service School" at Fort Riley, Kansas. Quite an honor for a young Army Lieutenant. Because of his involvement with and enthusiasm for the cavalry saber Patton was given the first of many nicknames, "Saber George."

According to The New Cavalry Equipment, an article appearing in the September 1912 issue of the Journal of the United States cavalry Association, the saber was designed to be a cut and thrust weapon. It had a two-edged blade with a chisel point. The blade was of forged steel and the sword was thirty-eight inches in overall length. It weighed two pounds.

The blade was manufactured with blood-letting grooves running down each side to within 4-3/4 inches of the point. The grips were black hard rubber with 13 per inch checking. The guard was made of 0.042 inch thick sheet steel.

The saber scabbard was made of hickory wood treated with oil and white lead. It was covered with rawhide and then with waterproofed olive drab canvas. The webbed canvas covering was woven in a circular manner to eliminate a seam.