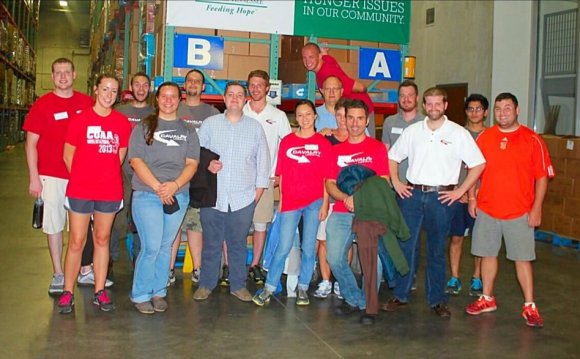 And while the Germans did have a number of tanks operating in Poland, they had yet to perfect the all-powerful Blitzkrieg that’s come to dominate our thinking about German victory. Tactical thinking of the time thought of tanks mostly as infantry support, and that was the role the German army was using them in.

Even when the tank became the dominating mobile force on the battlefield, both the Axis and Allies made extensive use of horses in a number of key roles. Germany had six horse-mounted divisions in its active ranks as late as 1945, and would employ over two million horses in the course of the war. And while the Poles never used horses against tanks, the mighty Soviet Army did. The early days of the German invasion of the USSR saw incompetent and sycophantic commanders throwing masses of horse-riding cavalry against German armor, with horrific results for both man and beast.

All of this is to reinforce the idea that the Poles weren’t “backwards” for employing horse-mounted soldiers – they were perfectly in keeping with the established military doctrine of 1939. Nor was the actual charge at Krojanty “the last cavalry charge in history” as some have suggested.

So what did happen the day “Polish cavalry charged German tanks?” Very little, as it turns out. It was a small skirmish in a campaign that lasted over a month, one battle out of many that only became famous because of the myth that rose up around it.

Only hours after the German invasion, two squadrons of horsemen from the Polish 18th Lancer Regiment caught a German infantry unit in the open near the town of Krojanty. Having the advantage over the unaware and lightly armed infantry, and tasked with delaying the German armored thrust, the Poles swiftly attacked.

Sabers were drawn and the order to charge was given. The 250 Polish horsemen broke up the enemy unit, inflicting 11 dead and 9 wounded on the stunned men of the German 76th Infantry regiment. The Germans panicked, broke ranks and ran for it.

But as the Poles consolidated their position, several German armored cars appeared, opening fire with machine guns and 20 millimeter cannons. The Lancers were caught in the open, just as they had caught the German infantry in the open. In the ensuing melee, about two dozen Polish troops were killed and the rest scattered. Despite the losses, the Lancers had done their job. They had delayed the German advance by several hours and sent panic through their lines – a feat that Polish cavalry would accomplish many other times during the September Campaign through charges against infantry.

It was in the immediate aftermath of the skirmish at Krojanty that the myth of the “charge against tanks” was born. After the Lancers scattered, the Germans retook the area in force, bringing tanks in as reinforcement. At that point, several war correspondents, including Italian journalist Indro Montanelli and the future author of The Rise and Fall of the Third Reich, William Shirer, were escorted onto the battlefield. They were told that the corpses they saw were the result of an attack with horses and lances against the tanks they saw, and breathlessly repeated the story in their papers, playing up the bravery – and foolishness – of the Poles.

Shirer especially got caught up in the romantic notion of doomed horsemen charging tanks. He wrote about the charge in his 1941 book Berlin Diary, and embellished it even more in 1959 in The Rise and Fall of the Third Reich. Despite 20 years having passed, and no evidence ever surfacing to confirm the story, Shirer imbued the incident with an almost Homeric mythos, :

“At one point, racing east across the [Polish] Corridor, [The Germans] had been counterattacked by the Pomorska Brigade of Cavalry, and this writer, coming upon the scene a few days later, saw the sickening evidence of the carnage. It was symbolic of the brief Polish campaign.

Horses against tanks! The cavalryman’s long lance against the tank’s long canon! Brave and valiant and foolhardy though they were, the Poles were simply overwhelmed by the German onslaught.”

What Shirer “saw” was only what the Germans had told him happened.

Equally guilty in propagating the “horses against tanks” nonsense was the famed German panzer commander General Heinz Guderian, who wrote in his memoir Panzer Leader,

“[W]e succeeded in totally encircling the enemy on our front in the wooded country north of Schwetz and west of Graudenz. The Polish Pomorska Cavalry Brigade, in ignorance of the nature of our tanks, had charged them with swords and lances and had suffered tremendous losses.”

The myth was later used by the Soviet Union as an example of how Polish officers, who Stalin would order massacred in 1943, were backwards, untrustworthy, uncaring about the fate of their men and useless as combatants.

With respected figures like Shrier and Guderian pumping it up, the myth became an accepted part of World War II lore, even as subsequent writers tore it down as an example of Nazi propaganda. Even as recently as 2009, the British newspaper The Guardian ran an editorial that referred to the bravery and stupidity of the non-existent incident, a mistake they later printed a retraction to correct.

Poland may have fallen to the German invasion, but her troops exacted a heavy price. Nearly 45, 000 Germans were killed or wounded. 300 aircraft were destroyed, along with over 12, 000 vehicles, including over 1, 000 tanks and armored cars. And Polish soldiers, sailors and pilots would make great contributions to the war effort, with as many as 1 in 12 of the British pilots who saved the United Kingdom in 1940 being an exiled Pole.

If you are looking for the best sportswear, there are plenty of options available for you today. Whatever your need, you will always be able to find the right wear for your sports activity. Today, you can simply use your computer of mobile with the access to the internet to find the most suitable sportswear. There are numerous websites that provide you with quality sportswear. One of the best ones is www.blastfit.com.br. Follow the link to find a sportswear of your dream of great quality and at reasonable prices.