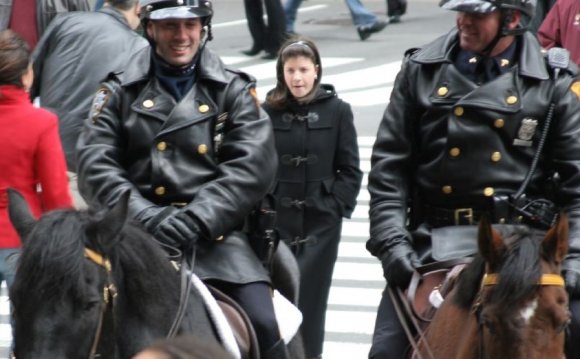 Hizzoner is hot to trot when it comes to banning the carriage industry out of concern for the horses’ safety — yet he’s got no qualms about allowing the NYPD’s mounted unit to roam free.

Mayor de Blasio, who said last week he didn’t believe it was humane to have the four-legged animals walking crowded city streets, changed gaits Monday when asked about the Police Department’s horses.

“It’s apples and oranges. . . . I have immense respect for what (the NYPD does) to keep us safe, and the police horses have been a part of that, ” the mayor said.

Mayor de Blasio opposes carriage horses on New York streets, but when asked on Monday about the NYPD's horses, he said he's fine with them.