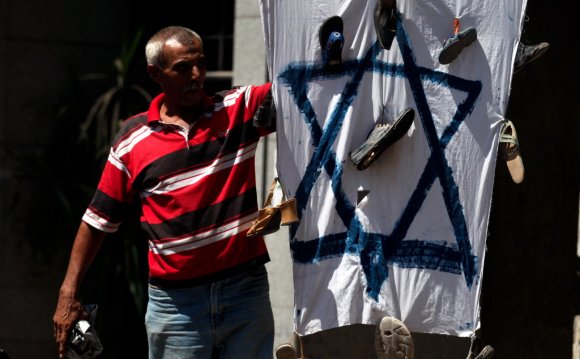 Troops of the U.S. Army 1st Battalion, 7th Cavalry Regiment, rush a wounded camrade to a helicopter while under fire at LZ X-ray during the Battle of Ia Drang Valley on November 16, 1965.

Word spread quickly that a battalion of Americans had been massacred in the Ia Drang Valley, but reporters were told there was no ambush.

Forty-five years ago this fall, in November of 1965, a lone, understrength battalion of the 1st Cavalry Division (Airmobile) ventured where no force—not the French, not the South Vietnamese army, not the newly arrived American combat troops—had ever gone: Deep into an enemy sanctuary in the forested jungles of a plateau in the Central Highlands where the Drang River flowed into Cambodia and, ultimately, into the Mekong River that returned to Vietnam far to the south.

What happened there, in the Ia Drang Valley, 17 miles from the nearest red-dirt road at Plei Me and 37 miles from the provincial capital of Pleiku, sounded alarm bells in the Johnson White House and the Pentagon as they tallied the American losses—a stunning butcher’s bill of 234 men killed and more than 250 wounded in just four days and nights, November 14-17, in two adjacent clearings dubbed Landing Zones X-ray and Albany. Another 71 Americans had been killed in earlier, smaller skirmishes that led up to the Ia Drang battles.

To that point, some 1, 100 Americans in total had died in the United States’ slow-growing but ever-deepening involvement in South Vietnam, most of them by twos and threes in a war where Americans were advisers to the South Vietnamese battalions fighting Viet Cong guerrillas. Now the North Vietnamese Army had arrived off the Ho Chi Minh Trail and had made itself felt. In just over one month, 305 American dead had been added to the toll from the Ia Drang fight alone. November 1965 was the deadliest month yet for the Americans, with 545 killed.

The North Vietnamese regulars, young men who had been drafted into the military much as the young American men had been, had paid a much higher price to test the newcomers to an old fight: an estimated 3, 561 of them had been killed, and thousands more wounded, in the 34-day Ia Drang campaign.

What happened when the American cavalrymen and the People’s Army of Vietnam (PAVN) collided head-on in the Ia Drang had military and civilian leaders in Washington, Saigon and Hanoi scrambling to assess what it meant, and what had been learned.

Both sides understood that the war had changed suddenly and dramatically in those few days. At higher levels, both sides claimed victory in the Ia Drang, although those who fought and bled and watched good soldiers die all around them were loath to use so grand a word for something so tragic and terrible that would people their nightmares for a long time, or a lifetime.

The big battles began when then–Lt. Col. Hal Moore, a 43-year-old West Point graduate out of Bardstown, Ky., was given orders to airlift his 450-man 1st Battalion, 7th Cavalry Regiment, into the valley on a search-and-destroy mission. He did a cautious aerial reconnaissance by helicopter and selected a football field–sized clearing at the base of the Chu Pong Massif, a 2, 401-foot-high piece of ground that stretched to the Cambodian border and beyond for several miles. The sketchy American intelligence Moore was provided said the area was home base for possibly a regiment of the enemy. In fact, there were three North Vietnamese Army regiments within an easy walk of that clearing, or the equivalent of a division of very good light infantry soldiers.

Two of those enemy regiments had already been busy since arriving in the Central Highlands. In mid-October, the 32nd Regiment had surrounded and laid siege to the American Special Forces camp at Plei Me. Although they could have easily crushed the defenders—a 12-man American A-Team and 100 Montagnard mercenary tribesmen—the enemy dangled them as bait, hoping to lure a relief force of the Army of the Republic of Vietnam (ARVN) out of Pleiku and into an ambush laid by their brothers of the 33rd Regiment.

It was an old guerrilla ploy that usually worked, but not here, not now. The ARVN II Corps commander knew if he lost the relief force, Pleiku would be left defenseless. He pressed the Americans to provide continuous artillery and air cover as the column moved toward Plei Me. The 1st Cavalry’s big Chinook helicopters lifted batteries of 105mm howitzers, leap-frogging along within range of the dirt road that led to Plei Me. When the ambush was sprung, the American artillery wreaked havoc on the North Vietnamese plan and the 33rd Regiment. Both enemy regiments withdrew toward the Ia Drang with a brigade of Air Cav troopers dogging their footsteps.

Both sides understood that the war had changed suddenly and dramatically in those few days….Both sides claimed victory.

Then–Lt. Col. Hoang Phuong, a historian who had spent two months walking south, charged with writing the “Lessons Learned” report on the coming battles, said that it was during this phase that the retreating PAVN troops began learning what airmobility was all about. The UH-1B Huey helicopters buzzed around the rugged area like so many bees, landing American troops among the North Vietnamese, forcing them to split up into ever-smaller groups like coveys of quail pressed hard by the hunters.

A new PAVN regiment, the 66th, was just arriving in the Ia Drang in early November when its troops walked into perhaps the most audacious ambush of the Vietnam War. On November 3, divisional headquarters ordered Lt. Col. John B. Stockton and his 1st Squadron, 9th Cavalry, battalion of scouts to focus attention on a particular trail alongside the Ia Drang River close to the Cambodian border. Stockton sent one of his companies of “Blues, ” or infantry, under command of Captain Charles S. Knowlen, to a clearing near that site. He took along a platoon of mortars that belonged to Captain Ted Danielsen’s Alpha Company, 1st Battalion, 8th Cavalry, which had been sent with Stockton as possible reinforcements if needed.

Knowlen sent out three platoon-sized ambush patrols. One of those platoons set up near the trail and began hearing the noise of a large group moving toward it on the trail. The enemy column—men of the newly arriving 8th Battalion of the 66th Regiment—stopped 120 yards short of the ambush and took a break. Then they resumed the march. The platoon of Americans held their breath and their fire until they heard the louder clanking noise of the enemy’s heavy weapons company moving into the kill zone. The Americans blew their claymore mines and emptied a magazine each from their M-16 rifles into the confused North Vietnamese and then took off, running like hell straight back to the patrol base. A very angry PAVN battalion was right behind them.